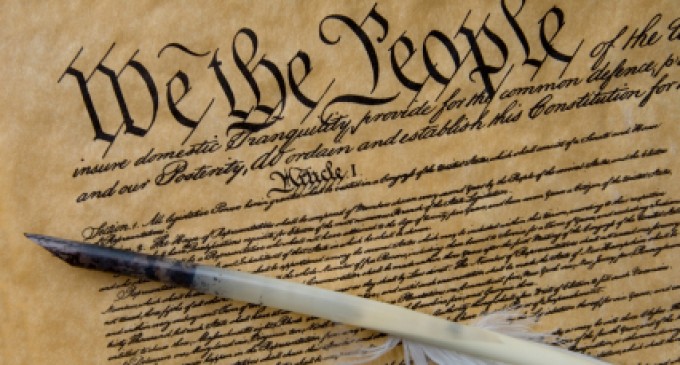 The presidential Oath of Office is a solemn promise by all U.S. presidents to the American people.  In recent years, it seems this formal pledge has dwindled in importance as the men who hold the highest office pick and choose which parts of the Constitution to preserve, protect, and defend. The U.S. Constitution is the document on which this great country is founded. Each president recites the following oath, according to Article II, Section I of the great document:

When the president acts or fails to act in a way you find disagreeable, refer to this oath and the document it comes from. This is the essence of the presidential job description and it includes no provisions to reward special interest groups or past campaign supporters, no options to ignore some parts of the Constitution or to willfully misinterpret the document.

We have come to an era where the enforcement of laws on the books seems a “choice” by the administration in power. Can there be a more lucid portrayal of a system in decline?

Next lawmakers will be passing laws to which they are not subject, and will pick and choose who must obey and who is released from the legal obligation. From where do these new powers emanate?

When Liberals and Progressives declare the Constitution is a “living and breathing” document, brace yourself for an event that disregards or ignores the Constitution. The “old guys in powdered wigs” saw this coming, but expected more resolve from the representatives of the People. However, that was before money embedded itself in our political system.

Source: Consitution of the United States and Feather Quill by Rosie O'Beirne, on Flickr