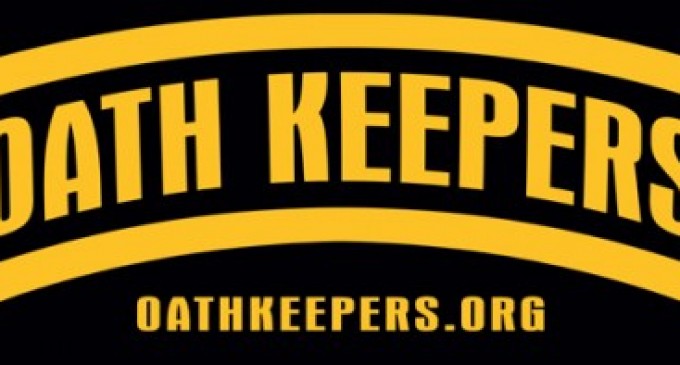 The Oath Keepers states that time is short, and American civilians must get prepared for the collapse of our economic system.

They are behind a movement to form Civilian Preservation Teams, which would be based on Special Forces “A Team”, that would:

Are you prepared? Perhaps you should look at getting involved with the Civilian Preservation Project. Visit www.oathkeepers.org

Oath Keepers is instructing its 30,000 members nation-wide to form up special teams and sub-teams in each Oath Keepers chapter, at the town and county level, modeled loosely on the Special Forces “A Team” (Operational Detachment A ) model, and for a similar purpose: to be both a potential operational unit for community security and support during crisis, but also, as mission #1, to serve as training and leadership cadre, to assist in organizing neighborhood watches, organizing veterans halls to provide community civil defense, forming County Sheriff Posses, strengthening existing CERT, volunteer fire, search-and-rescue, reserve deputy systems, etc., and eventually to assist in forming and training town and county militias (established by official act of town and county elected representatives). We want our chapters to organize themselves as a working model that we can then take to other veterans organizations, such as the VFW, American Legion, Marine Corps League, etc. in each town and help them establish such teams within their already existing veterans halls. And likewise, to serve as a model and training cadre to help churches, neighborhood watches, and any other civic organization organize.

We are basing this on the Special Forces model, which has a twelve man “A team” of specially trained soldiers who are inserted into a community to train and lead that community in resistance to oppressive regimes (hence their motto: “De Oppresso Liber).   SF’s primary mission is to teach, organize, and lead, rather than to directly fight. They can fight, of course, but they are most dangerous as a force-multiplier by helping an entire community to fight. We will do the same – be force multipliers to help prepare communities so they can preserve civilization by providing their own security, disaster relief, infrastructure preservation, emergency communications, strategic food reserve, and medical care.

In an SF team, there are:

An Assistant Operations NCO who also does intelligence.

Each SF soldier is first trained to be light infantry. They all go through Army Basic Training, Advanced Individual Training (AIT)(usually at the Infantry School at Ft. Benning), Airborne School, and then the SF Selection course, where they learn land navigation (including a difficult timed night land-nav course), wilderness survival (including a graded field “survival” exercise), and patrolling (including reconnaissance, ambushes, raids, reacting to ambush, movement to contact, etc), along with a timed ruck march, obstacle course, rappelling out of helicopters, and hand-to-hand. And then they learn their specialty of one of the above – medic, commo, engineer, weapons, etc. Then they put it all together in a field training final phase where they are dropped into the fictitious country of “Pineland” (in the mountains and forests of North Carolina) and have to teach and lead the indigenous people (played by other recruits waiting to enter the training) in irregular warfare against the enemy.

Then, once they graduate and make it to Group, they all cross train, each specialized team of two training the others so they are all pretty good at all tasks, but experts within their chosen specialty. They bring each-other up to a high standard of capability. And by having two of each specialty, they have redundancy (two is one, and one is none) and the ability to split into two teams of six if needed. They can function as a very capable fighting squad if they need to, but their primary mission is to train and lead others in irregular warfare.

Oath Keepers is using that successful model and adapting it to our mission, to form Oath Keepers “Civilization Preservation Teams” (we have already received critical input from some of our Special Forces members, and are actively seeking more input from others within the Special Forces community)