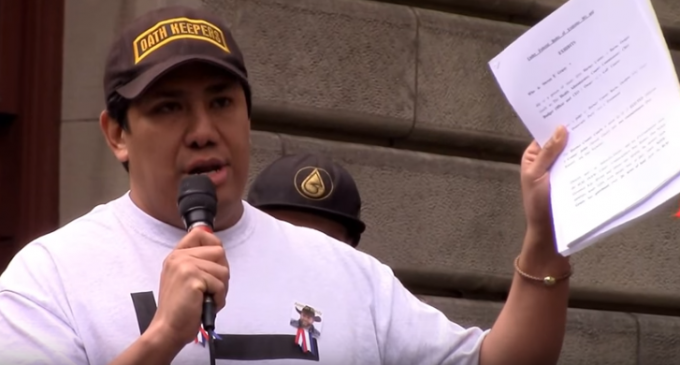 The protesters who occupied the Malheur Wildlife Refuge building in January have been incarcerated, and a long list of trumped up charges have been developed to keep them in jail for perhaps several years.

One of the protesters was shot and killed, murdered if you will, for good measure to make sure that any other citizens who think the federal government is out of line will know that it is serious and willing to do whatever it must to squash all opposition. But the people will not be cowed.

Perhaps this is how the revolution against England started, with small groups of individuals recognizing the injustice and refusing to be silenced. In any case, concerned citizens gathered in front of City Hall recently in support of the jailed patriots, and one man wearing a hat emblazoned with “Oath Keepers” held up a fist-full of documents that could blow the case sky high and expose a much greater scandal than the federal government had ever considered.