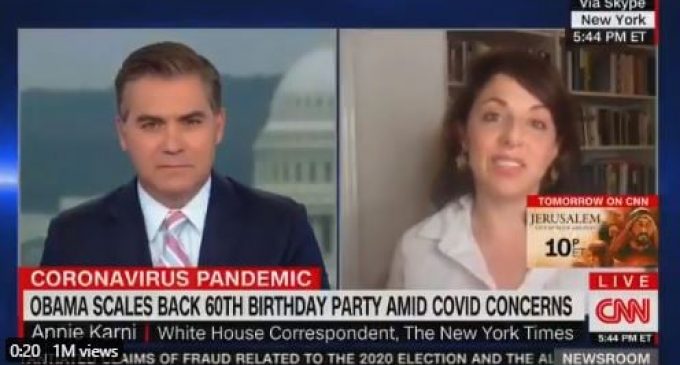 Breitbart's John Nolte called the event “Barry Obama’s maskless, 60th birthday bash was the biggest f*ck you to Joe Biden in the history of f*ck yous.”

Here’s His Fraudulency Joe Biden running around trying to scare everyone back into masks and lockdowns, and here’s Barry saying, You know what? F*ck you, Joe. I’m 60. I’m not one of those peasants you want to stick in a mask. I’m Barry, bitch! So I’m having my elite, maskless birthday party, and you’re just going to have to deal with it.

Of course Obama didn't endorse Biden for president until it became blatantly obvious it was done out of obligation. Obama obviously feels that Biden should have remained a serf. Turn the page.