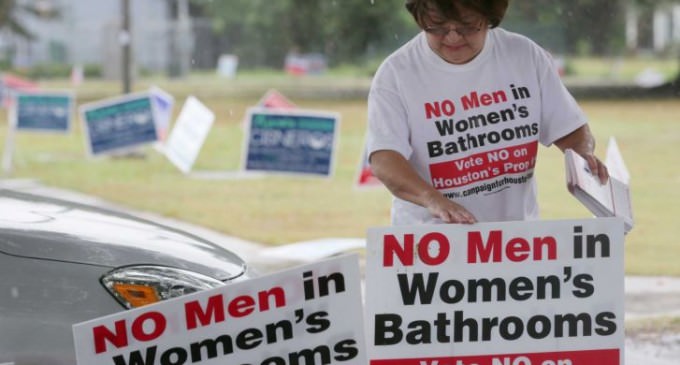 A New York Times op/ed penned that a Houston transgender teen will soon kill himself because he can't use the woman's bathroom.

Because the people of Houston voted against the HERO legislation, they are haters and teen transgenders will now commit suicide.

The supporters of the HERO legislation in Houston are pretty enraged that their law was overturned by a majority of the population who don't believe that .3% of the population should have the right to make the majority cater to their bathroom needs.  The legislation was voted down under a campaign that focused on the safety of women and children having to share a bathroom with a transgender person.  Even if only women and children voted, their voice would still overwhelm the number of transgenders in the Houston area, and they should have a voice.