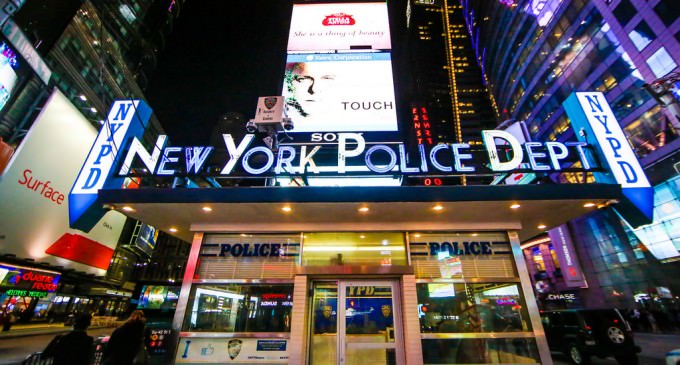 The New York Police Department will no longer arrest “most” people caught drinking in public in Manhattan, but they can still get summons. Unless it's necessary for “safety” reasons, it was announced today that the NYPD will no longer arrest people for certain lower-level offenses, some of which include public consumption of alcohol, public urination, littering and riding between subway cars or taking up more than one subway seat. Careful, that last one's the worst of them all.

Offenders who receive summons will be fined instead having a mark on their criminal records. According to the Mayor, this is an initiative meant to free up police officers to go after more “violent” crime in New York City. He claims it's a modern solution that will make sure resources are focused on more prioritized issues.

What type of issues would those be? Could this be the beginning of police officers being phased out? After all, they're not exactly the most popular people in New York City. You can thank the BLM movement for that.

Read what the District Attorney had to say on the next page.