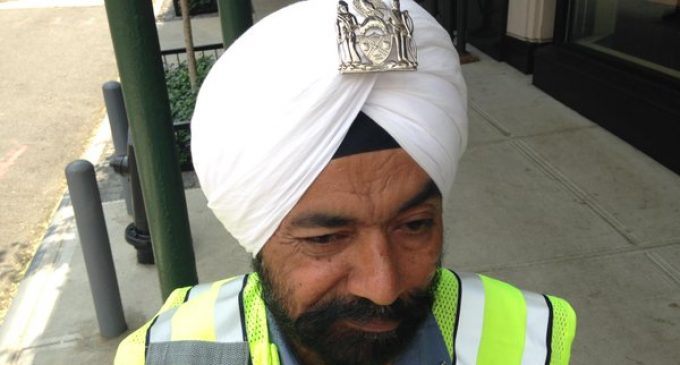 Religious tolerance is sweeping the government not just in the form of the Obama Administration's endless divisive heckling, but also in the form of law enforcement uniform codes. It was announced this week that Sikh officers can now wear full turbans as part of the NYPD dress code. It was announced by NYPD Commissioner James O'Neill, while officers in navy blue turbans stood on each side of him. According to the National Sikh Officers Association there are about 160 Sikh officers in the NYPD with even more looking to join.

The Pentagon did something similar earlier in 2016 by approving a new policy that allowed troops to wear turbans and other religious clothing, as well as engage in religious holidays/observances. However, soldiers have to apply to wear these articles of clothing and engage in religious events. The NYPD doesn't have that same policy. It'll be interesting to see if this courtesy extends to just religions that wear turbans or will it extend to all religions. And they didn't stop there.

Find out what else they're doing on the next page.