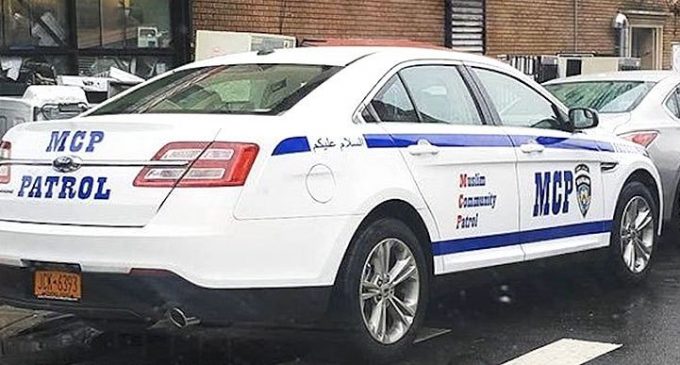 The kicker is that they are driving cars that look almost identical to NYPD vehicles: white Ford Tauruses with blue horizontal stripes down the sides and bearing an insignia nearly identical to those of an NYPD patrol car. The main difference being a shield on the front driver’s side door and the words “Muslim Community Patrol.”

Maeen Ali is the 31-year-old vice president of the 30 member Muslim Community Patrol & Services group whose goal is to grow its fleet of two cars to five by the end of the month and eventually expand all across the city. Off-duty officers from the Police Department’s 72nd Precinct recently held training for the group.