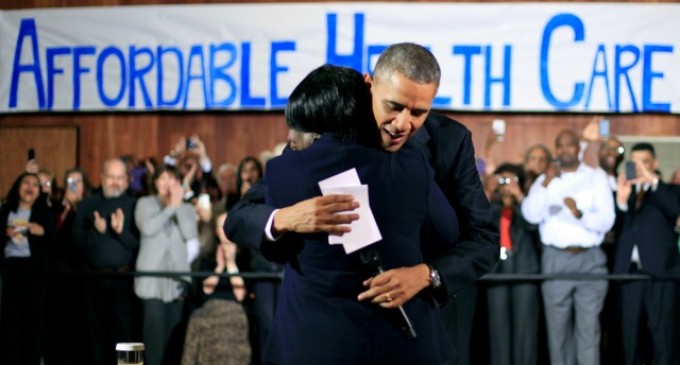 According to the New York Times middle class Americans could end up paying 20% of their income to Obamacare.

A large, strong middle class is what creates a strong economy. So, of course, it must be dismantled in order to restructure society.

The New York Times has finally conceded what critics of Obamacare have been claiming–the so-called “Affordable Care Act” devastates the country’s middle class families who “are caught in the uncomfortable middle: not poor enough for help, but not rich enough to be indifferent to cost.”
The Times profiles a family of four in New Hampshire with an annual income of around $100,000. Right now, “the cheapest insurance plan” they can find on the exchanges is about $1,000 a month. But if “they made just a few thousand dollars less a year — below $94,200 — their costs would be cut in half, because a family like theirs could qualify for federal subsidies.”

“Many of the biggest provisions of the Affordable Care Act are aimed squarely at the poorest of Americans,” the Times writes. “Under the law, states have the option of expanding Medicaid to a larger pool of people with the lowest incomes. To those earning more, the law provides subsidies to people earning up to four times the federal poverty level, or $45,960 for an individual and $62,040 for a couple.”

But middle class Americans, with incomes much lower than the family of four in New Hampshire, will get decimated. An analysis by the Times found those in the middle class may have to pay nearly 20% of their income on Obamacare. To put that in perspective, “experts consider health insurance unaffordable once it exceeds 10 percent of annual income.” Consider these examples: