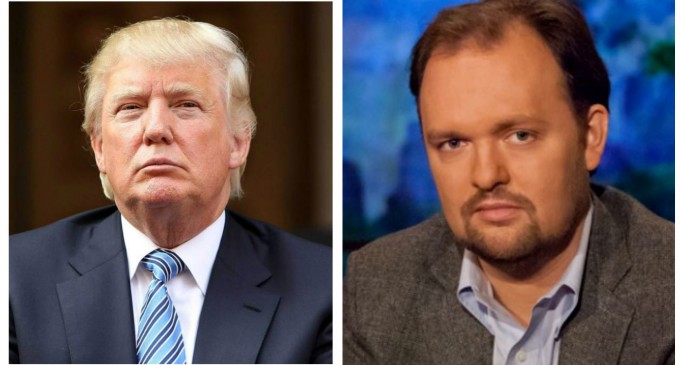 Everyone has their own sense of humor, right? Then would it be okay to think that New York Times columnist, Ross Douthat, was being insensitive with a joke poking fun at Donald Trump's Presidential campaign by saying it will end by assassination?

Since then Douthat has deleted his tweet, and has apologized. Angry followers had left comments like, “You're making fucking assassination jokes?” “Imagine if you made this joke about President Obama. What is wrong with you?”

But what Douthat is referring too is as true as it gets.

Trump is the target of a great number of death threats. Since October of last year, at every public appearance, Trump has worn a bullet proof vest.

The threats come from all over. Drug lord El Chapo placed a $100 million bounty on Trump's head, while tweeter's posed their threats after Trump made controversial comments on Muslim immigration.

To give his tweet some substance, Douthat links a video clip of the 1983 movie ‘The Dead Zone', which is what had many other people outraged about the tweet. So what was Douthat really trying to say? Is he warning us, or does he hope Trump gets slain?

Find out on page two, and take a look at the video.