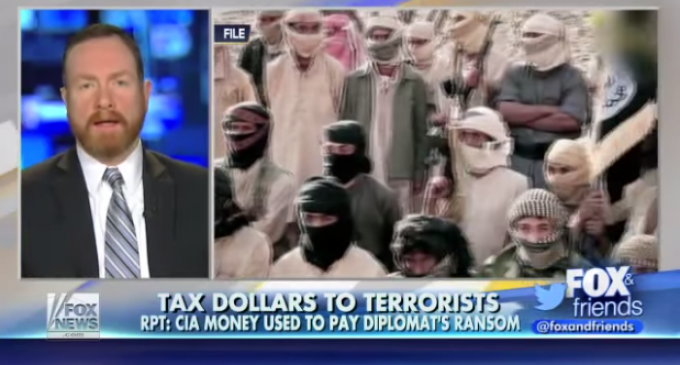 According to a article published by the New York Times this week, the CIA ‘inadvertently’ sends cash to al-Qaeda and other terrorist groups it is supposed to be fighting.

The C.I.A.’s contribution to Qaeda’s bottom line, though, was no well-laid trap. It was just another in a long list of examples of how the United States, largely because of poor oversight and loose financial controls, has sometimes inadvertently financed the very militants it is fighting.

While refusing to pay ransoms for Americans kidnapped by Al Qaeda, the Taliban or, more recently, the Islamic State, the United States has spent hundreds of billions of dollars over the last decade at war in Iraq andAfghanistan, some of which has been siphoned off to enemy fighters.

The NYT cites one specific example where the CIA was sending monthly cash payments to the presidential palace in Kabul in order to buy off Afghan officials, and how some of that money made it into the the hands of al-Qaeda, who happened to be in bad need of cash due because the “relentless C.I.A. campaign of drone strikes in Pakistan had decimated the militant network’s upper ranks.”

How fortunate for the terrorist group…to be able to rebuild itself with CIA money after the CIA itself had supposedly decimated it.

For those of you who can’t decode propaganda, ‘poor oversight and loose financial controls’ translates to ‘hiding in plain sight.’