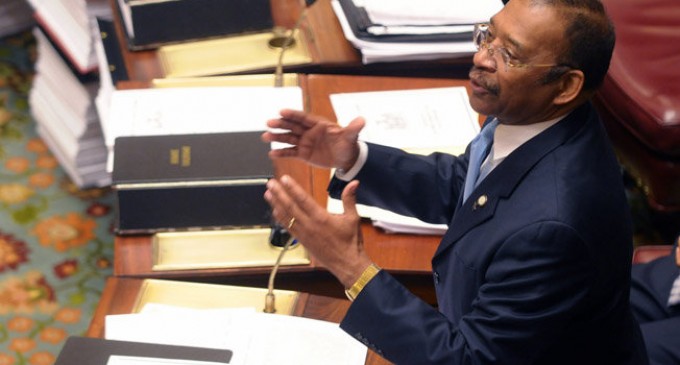 A bill proposed by Sen. Ruben Diaz Sr. would force parents to attend government-run parenting classes in New York. If parents don’t attend, their kids would be held in the 6th grade.

“Imagine treating every parent in New York as though they are on probation,” states Walter Olson, from the Cato Institute’s Center for Constitutional Studies.

Olson says the bill would force parents to “show up and be re-educated” and “lectured about the shortcomings of how they are raising their kids and be inoculated with whatever the fad of the year is.”

New York parents will be forced to return to school for government-run parenting classes if state Sen. Ruben Diaz Sr., D-Bronx, has his way.

Diaz is sponsoring legislation that would require the parents of elementary school students to attend four “parent support programs” before their children are allowed to enter seventh grade.

“Voluntary is what we have now, where we require parents to voluntarily meet with the teachers and come to parent-teacher meetings, and as you know they don’t come,” he says.

The bill would require the New York State Education Department to establish 12 parenting courses – of which parents would select four to attend. Diaz envisions the classes helping parents deal with issues such as sexual orientation, bullying and suicide, and the bill specifically mandates a course on physical, emotional and sexual abuse. Employers would be required to provide one day of paid leave annually to allow parents to attend.

Diaz says parents who feel capable of raising their children without state-provided instruction shouldn’t be upset by the proposal.

“We are not saying they are irresponsible,” Diaz says. ”We are trying to expand their skills. Especially good parents would not miss an opportunity to expand their parental skills and get involved with their children’s psychological problems.”

The senator, an evangelical minister who sometimes bucks his own party – including offering feisty opposition to a 2011 bill legalizing same-sex marriage, says his legislation has several supporters in the 63-member state Senate. It currently has one co-sponsor, but Diaz says he has commitments from other senators and will release their names “when the time comes.”

Diaz has introduced the bill before. It was defeated in the state Senate’s education committee during the last legislative session. A committee hearing has not yet been scheduled for the latest edition.

Diaz declined to speculate on why the bill failed in the past.

Walter Olson, a senior fellow at the Cato Institute’s Center for Constitutional Studies, blogged about the bill earlier this month and tells U.S. News “people see this not just as bossy, but as sinister.”

“Imagine treating every parent in New York as though they are on probation,” he says.

Olson says the bill would force parents to “show up and be re-educated” and “lectured about the shortcomings of how they are raising their kids and be inoculated with whatever the fad of the year is.”

Diaz says he doubts a large number of students would wallow in sixth grade as a result of parents flouting the law.

“I don’t foresee that because parents sacrifice for their children, they don’t think, ‘I’m going to let my children get held back,’” he says. “A good parent would never miss the opportunity to help their children. This is a free opportunity, a free education.”