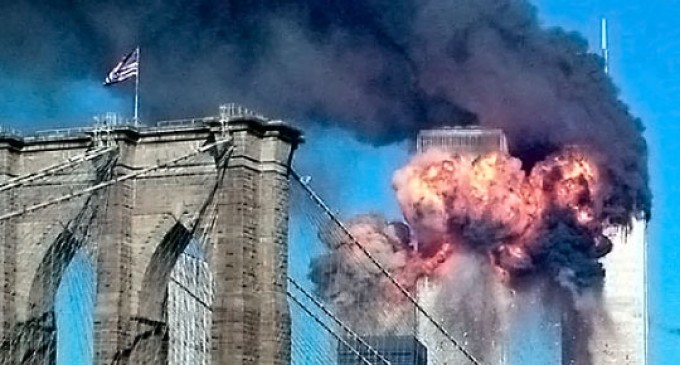 Ever wonder why the public and their politicians are willing to fund and approve invasive spy programs like PRSIM and MUSCULAR?

What leverage do Agencies like the NSA have over us that let them continue snooping in complete disregard of the Constitution?

A newly released internal NSA document reveals that officials at the spy agency were advised to deliberately invoke the specter of the 9/11 attacks when talking to members of Congress, the media, or when making public addresses, as a way of justifying mass surveillance of Americans.
The 29 page document, obtained by Al Jazeera writer Jason Leopold via the Freedom of Information Act, appears to be part of a mad rush to organise a PR campaign following the Edward Snowden leaks.

In sections entitled “Sound Bites That Resonate”, and “Media Leaks One Card”, suggested talking points include the following phrases: 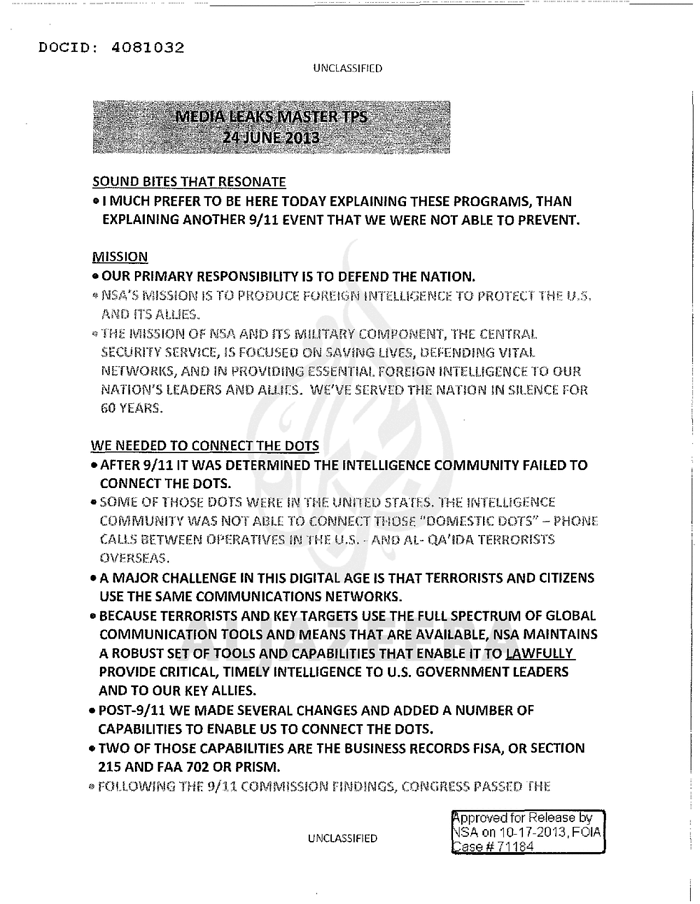 “NSA employees are acutely aware of the importance of protecting the 4th Amendment. We are, ourselves, private citizens.” the script also states.

Of course, while illegally monitoring the communications records of untold numbers of Americans, the reality is that NSA spying has not resulted in a SINGLE foiled terrorist plot.

The NSA has refused to comment on the document.

Whenever you hear a statement from a government agency explaining why they must limit or ignore another one of your freedoms protected by the Bill of Rights, listen for this tactic of fear-mongering. Certainly terrorists have attacked America and continue to harbor hatred against our nation, but they still win if we’re convince ourselves to give up our liberty voluntarily, hoping that it might make us somehow safer.