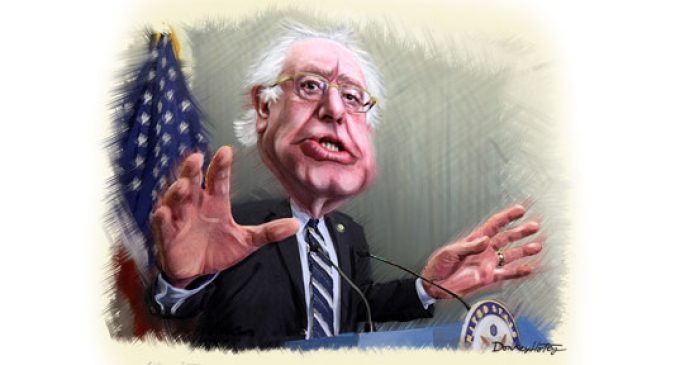 A shadowy, well-funded organization with cutting-edge technical capabilities, no scruples, and virtually no government oversight spies on your representatives in Washington. That is what Sen. Bernie Sanders, independent senator from Vermont  received on Friday when he decided to investigate the extent of NSA spying. He sent a letter to the NSA asking, “Does the NSA spy on congressmen and other elected American officials?” The NSA offered a chilling preliminary response on Saturday, stating that Congress has “the same privacy protections as all U.S. persons.”

“NSA's authorities to collect signals intelligence data include procedures that protect the privacy of U.S. persons. Such protections are built into and cut across the entire process. Members of Congress have the same privacy protections as all U.S. persons,” said the agency in a statement obtained by CNN.

The response goes on to promise the agency will continue to work with Congress on the issues – without ever addressing the senator's real question.

In his letter, Sen. Sanders defined “spying” as “gathering metadata on calls made from official or personal phones, content from websites visited or e-mails sent, or collecting any other data from a third party not made available to the general public in the regular course of business.”

Maybe you don't care if the NSA listens to your personal conversations or tracks your every move via meta-data scrutiny, but do you want your elected officials to feel pressured to act in certain ways by the NSA or those who pull its strings?