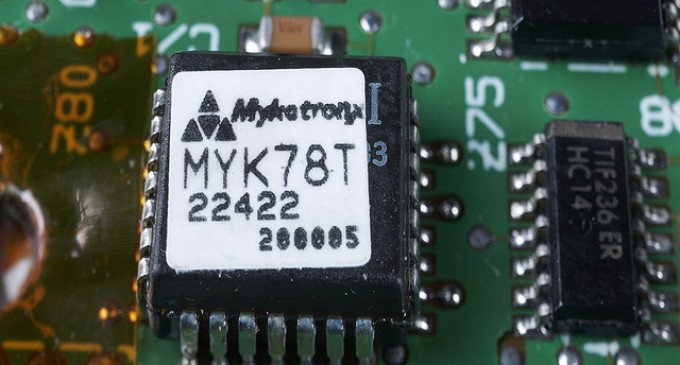 The NSA has routinely ignored rules, broken laws, trampled human rights, and just generally won’t take ‘no’ for an answer. The whole ‘Clipper Chip’ (pictured) debate in the 1990s settled the question of whether the public wanted the agency to spy on and control their communications. The rejection of the Clipper Chip was a clear message, but the NSA has decided to ignore that and spy on citizens anyway. Renaming a program and proceeding with the exact thing they are forbidden to do ought to be unacceptable. But with a president who routinely disregards laws and the constitution, there is no leadership to stop this kind of overreach – by the NSA, or any other department.

Basically, this suggests that even if the NSA is told to stop doing the various things it’s doing, it’s only a matter of time until they do them anyway. One response to this — which many are taking seriously — is to look into re-architecting the internet to see what can be built, ground-up with security in mind, specifically making sure that the NSA can’t weasel its way in.

But there’s a separate issue as well. How do we stop basic government overreach after it’s been made clear that they don’t have a mandate to do what they’re doing? Yes, government officials and NSA defenders like to pretend that they did have a mandate here, and will point to the FISA Court or other aspects to argue that it’s perfectly fine — but when they’re explicitly doing exactly what they were denied a decade or more ago, those arguments ring hollow. But, if they’re allowed to get away with it, without any response, then they’ll never stop. No matter what they’re told not to do, they’ll just keep doing anyway, because what’s the worst that happens? People complain about it?