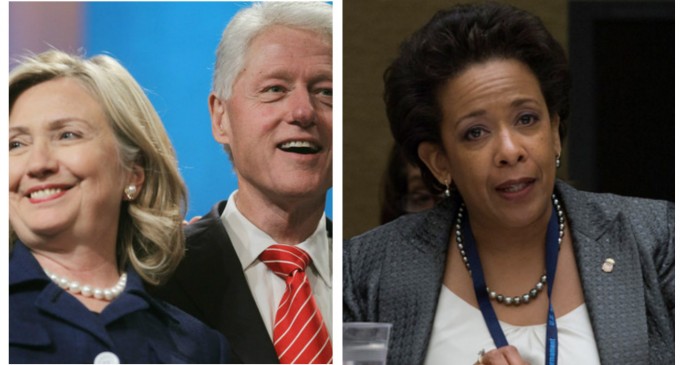 The hope that we would get to the bottom of the potentially illegal stunts pulled by the likes of the Clintons, Loretta Lynch, Barack Obama, and other assorted characters was always somewhat distant. With powerful interests that could possibly be brought down with them, investigations are not going to be easy to conduct. Add the Democrats who are guaranteed to run interference for any illegal act that group might have committed, and you may be hoping for “a bridge too far.”

Nevertheless, the effort to find out something about what these people were up to continues with the focus on former FBI Director Comey and his testimony before the Senate.

And there is the continued effort to pry information out of the NSA concerning Mr. Clinton's very convenient and timely meeting with Mrs. Lynch in her plane as it sat at the airport. Seems like they could have met elsewhere unless things were just that serious — rather than how the grandkids were doing as we're supposed to believe.