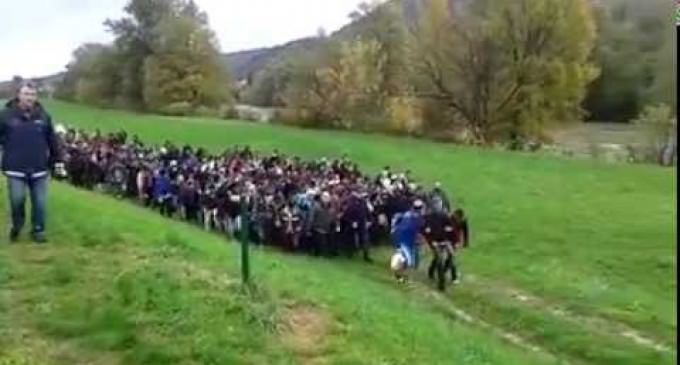 Not one hopeless-faced child in the new wave of migrants.  Not one woman staggering under a load of all her worldly possessions.  Only thousands of men, entering Europe as “desperate” refugees, looking for what?  Free handouts? Or infiltration into a civilized society to convert it or else?

The bleeding-heart liberal media continues to NOT share these stories, images and videos, as it destroys their narrative.  It is intentional misinformation, yet for what gain?  They have assisted those who desire to change the face of Europe, by ignoring the reality of who is actually entering these countries.  Page two has a vivid portrayal of what is really going on.