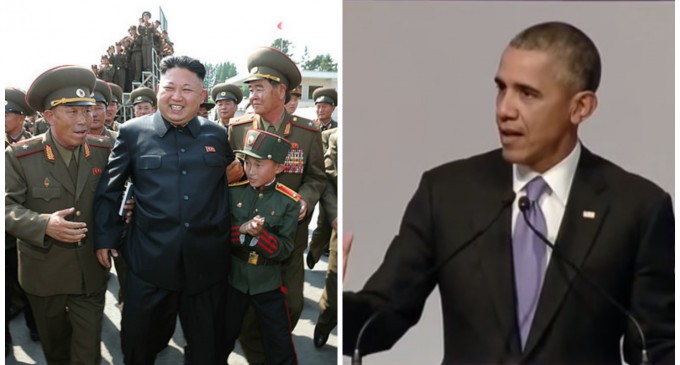 In the wake of President Obama's disastrous nuclear deal with Iran, North Korea has fired up their plutonium reactor to try and get a similar deal which awarded billions to Iran and they also got some key people in exchange for a pastor and some journalists. Also, Iran claims the sailors they caught were part of the deal but President Obama is adamant that is a separate deal.

Of course, no one in the world is fooled by this and as a result of Obama's ineptitude, North Korea wanted to get in on the largesse of “getting a deal.”

Under President Bush, the North Korean reactor was shut down in 2007 but that peacetime under Obama was squandered in do-nothing spit-ball fights and a strange desire to “elevate” the North Korean government.

Carter gave us radical Iran, Obama gave them billions and a nuclear engineer.

Carter failed to rescue some hostages, Obama lost hostages all over the world. Especially after sycophantic authors wrote books about “Blackwater.” Blackwater was an amazing private security contractor who never lost a principal. That means that while some contractor soldiers died, no diplomatic protectees were ever harmed.

Now, it appears North Korea is wise to our President.