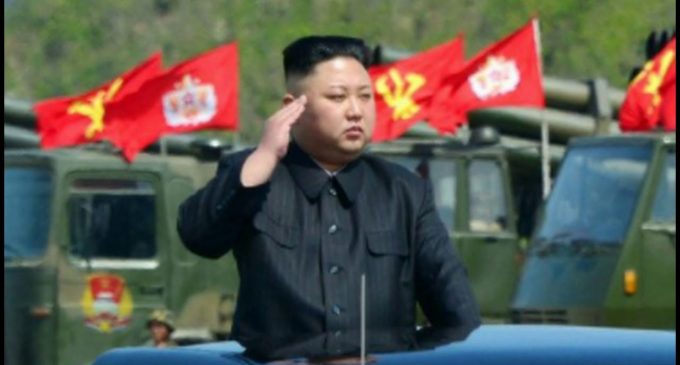 While America marches on toward a brighter day, barring that Congress gets out of the way and quits it ridiculous blocking of each and every single Trump policy that is intended to be implemented, North Korea's unhinged leader continues to treat every slight against his derangement syndrome as a call for World War III.

In its customary treatment of the Trump administration, the Fake News Industrial Complex (FNIC) has opted once again to side with the kook Communist dictator (who in actuality may honestly believe he is a living god) bent on the destruction of the planet's most civilized nations, rather than show just the tiniest bit of comportment in the Fourth Estate and cover the story accurately.

The small sleight of hand that the FNIC plays to depict Kim Jong-un as a measured and wise leader while baring their black-and-white-print-colored bloody fangs toward our own president is a testament to the level of corruption that will continue to mire them down in horribly dismal approval and trustworthiness ratings.

Pyongyang has once again threated to set off another Hydrogen bomb, this time over the Pacific, in order to alleviate its leader's high blood pressure!  Gather your senses and head over to the next page to hear the rest of the story!