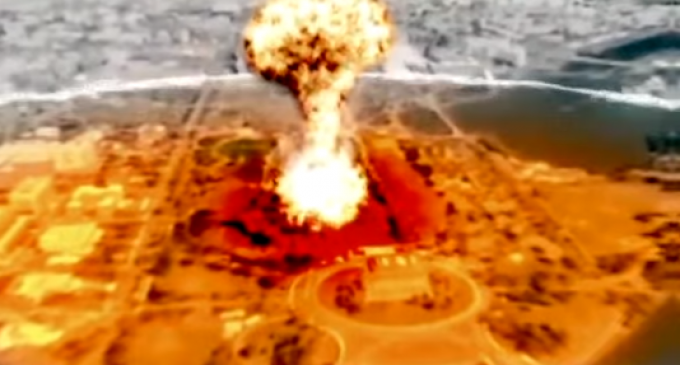 What was it this time that riled little Kim Jong-Un? He felt he was being slandered by the annual South Korea-US war games that it views as provocative rehearsals for invasion.

What does lil’ Kim do when he feels slandered.  Produce a video titled “Last Chance,” that depicts a nuclear missile strike that annihilates Washington ending with a US flag in flames.