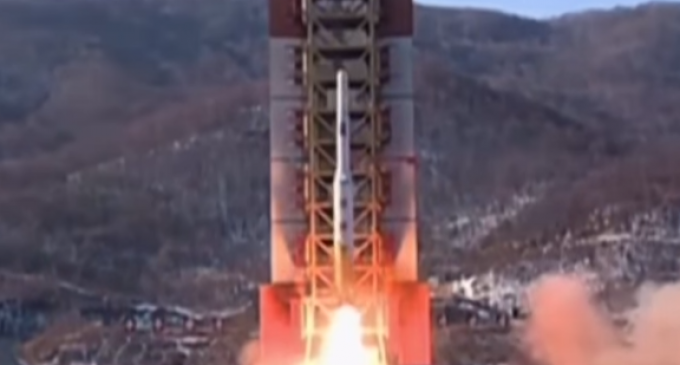 The United States is in “frenzied hysteria” to unleash a nuclear war, according to North Korea's Foreign Minister Lee Su-yong.  In a statement this past Monday, Su-yong said Pyonguyang would without hesitation use their nuclear weapons and have “fully transferred our army from the form of military response to the form of delivering a pre-emptive strike.”

This month alone, North Korea has made other threats, similar to their statement that it “faces the dilemma: a thermonuclear war or peace.”  The propaganda video entitled “Last Chance” was released over the weekend, portraying a nuclear attack on Washington D.C.

The four-minute video offers highlights on the history of US-Korean relations and ends with a digitally manipulated sequence showing a missile slamming down in front of the Lincoln Memorial.  The US Capitol building explodes in the impact and a message appears on the screen in Korean: “If US imperialists budge an inch toward us, we will immediately hit them with nuclear (weapons).”  Temper, temper lil’ Kim, reports Truth and Action.

Is Kim Jung-un crazy enough to follow through with his threats?  He certainly is drunk on his perceived power and has dangerous toys in his arsenal.  Read more on the next page about the N. Korean threat and their continued testing of ballistic missiles.