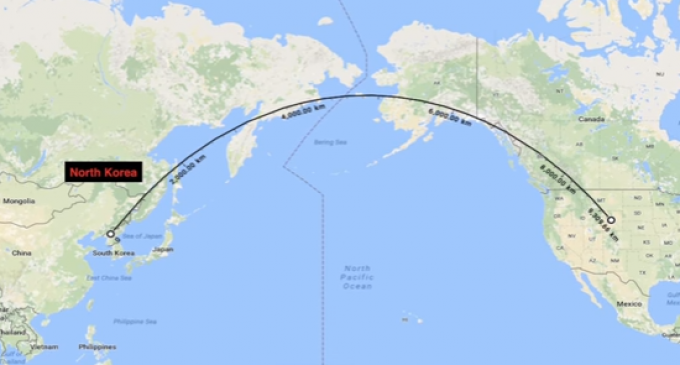 In a further provocation against the West, North Korea conducted another test launch of its Hwasong-14 intercontinental missile on Friday.

Speculation is growing the North Korean missile could have the capability of reaching the United States mainland, possibly putting major cities such as Los Angeles, Denver and Chicago in jeopardy. Some are concerned about Washington D.C. and New York as well.

Of course, a successful attack of that nature depends upon a number of variables that aren’t entirely clear at this time.

In response, South Korean and American military forces teamed up to demonstrate their anti-missile defense network by firing interceptor rockets that can be deployed to counteract the North Korean threat.

The latest ICBM launch gave dictator Kim Jong-un another opportunity to taunt the U.S., but President Donald Trump assured the world a strong response is in order and may be forthcoming. On the next page, learn more about the president’s response, what experts are saying about the North Korean missile capability and what other apocalyptic possibility is being overlooked in the current discussion.