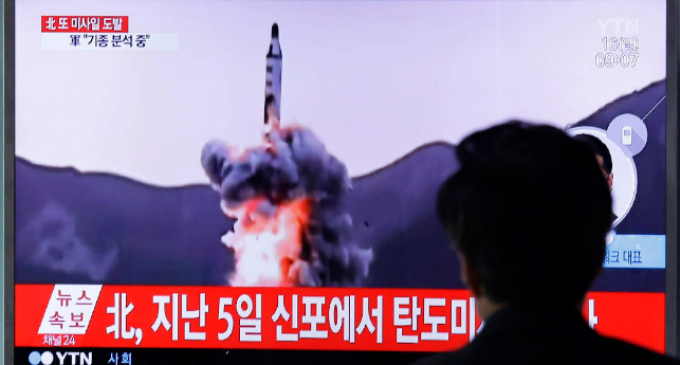 North Korea has fired an “unidentified projectile”. The object has now successfully made its way past Japan.

Pyongyang has launched a missile which, according to the Japanese government, passed over northern Japan.

The most troubling part about this development is that the “unidentified projectile” is headed in the direction of the U.S. This will very likely be a game changing moment.