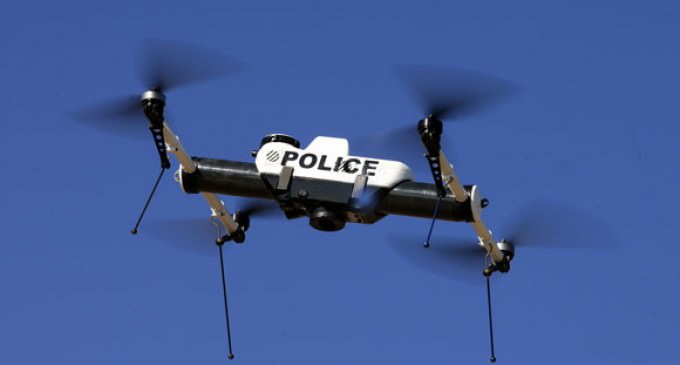 A pro-police lobbyist has pushed through legislation that makes legal for police in North Dakota to fire ‘less than lethal’ weapons from the air at citizens.

House Bill 1328 wasn’t originally created to permit this, but a lobbyist with a booming drone industry got his hands on it and got it changed to allow cops to shoot people with anything from tasers to tear gas from a drone.