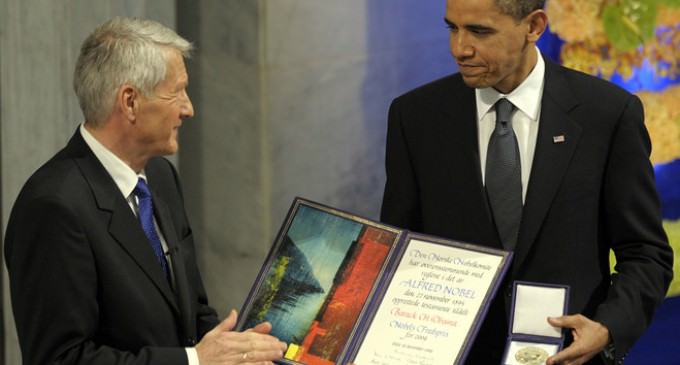 The Nobel Committee thought it was safe to show themselves again. But then, a retired member revealed how embarrassed everyone was regarding Obama’s pre-mature peace prize. Even the president-elect publically said it was odd, but he accepted the prize over several other much more worthy candidates.

Now, feeling deep regret, a former director of the Norwegian Nobel Institute has acknowledged that, in hindsight, he’s not so sure if giving the prize to Obama was a good move either. More regrets on the next page: