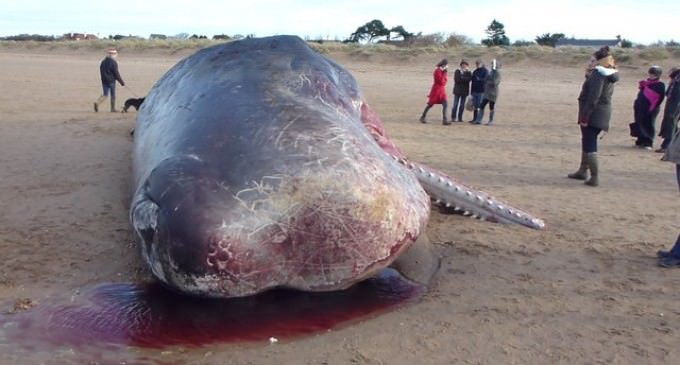 After 30 dead whales washed up on the shores of Alaska – not all at the same time – the federal government has decided to declare an “unusual mortality event” or UME if you're a fan of acronyms, which would allow them to launch an investigation into these mysterious deaths. And note that the word “mysterious” isn't used lightly in this case. So far, there has been no indication of death by whalers or fisherman, which would leave biotoxins, bacteria and viral agents as the remaining culprits. If none of those prove to be the guilty party, there might a whole new set of problems for scientists to deal with.