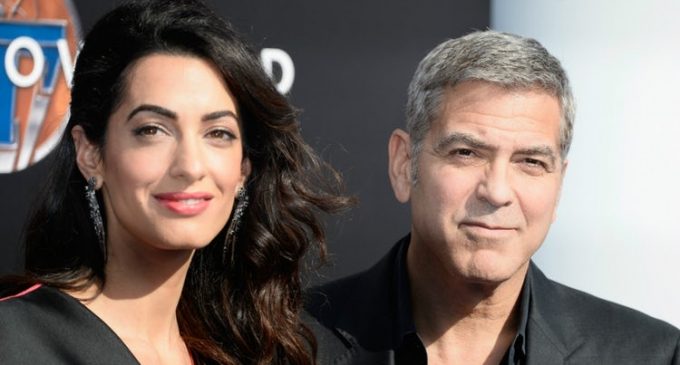 George Clooney thought he’d paid his dues to liberal la la land and entitled to the luxurious life of protection Hollywood and the global elite enjoys for gifting the lowly commoners with not some of their millions, but unsolicited advice on how the world ought to be run.

It all sounded grand, to the liberal elite that is, when he married the famous liberal human rights attorney, and daughter of devout Sunni Muslims, the lovely intelligent Amal. It was a match made in heaven. The dashing Hollywood elite bachelor seduced into giving up his freedoms by the liberal Muslim activist.

But unfortunately for liberals such as the Clooney’s, liberal la la land has yet to take a page out of Donald Trump’s book and build a wall to protect its borders. As such Georgie boy is finding it no easy task to protect his liberal Queen from the very realities she spends her days campaigning for in the courtroom.

Remember how George Clooney rambled on and on about how Trump wanted to commit war crimes, dangerous to America, and Islamophobic during the 2016 presidential campaign?  Well guess where he feels to be the safest place right now to live with his Muslim wife and infant children? Here is a hint – it's not in Europe.  More on the next page