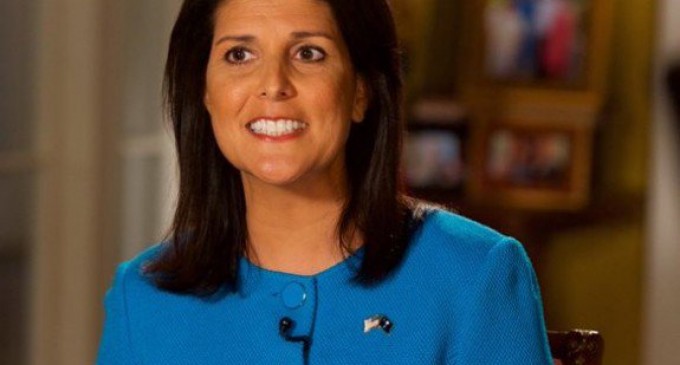 The GOP establishment is getting scared of Donald Trump's popularity. Nikki Haley, governor of South Carolina and hand picked by Speaker of the House Paul Ryan and Senate Majority leader Mitch McConnell to deliver the response to last night State of the Union address, confirmed that not only did she purposely target Donald Trump but that the speech had been approved by Republican leaders.

Bizarrely, when the Tea Party Republicans moved the establishment back to the Right there was very little resistance to the idea. In fact, the smartest Republicans used the movement to win gubernatorial and federal House and Senate seats. But now that much of the Republican constituency is rallying around Donald Trump for a Presidential candidate, the establishment is actively resisting.

If the GOP wants to lock their chances for the Presidential race, they need to start throwing some weight behind an electable nominee. Donald Trump has been in the lead for months now, so why is the republican leadership hesitant?

Read more about Nikki Haley's State of the Union response on page 2.