The FBI already has a database of fingerprints in the millions. And more and more parents are starting to ask local police departments and schools to fingerprint their children, it is well within the realm of reason to suspect children will soon be forcibly fingerprinted (as well as immunized) in order to attend public schools on “safety” grounds. But in the meantime, they have a new trick in mind for gauging how willing parents will be to add their child’s DNA to a database before proceeding to the ‘final solution’ or step. 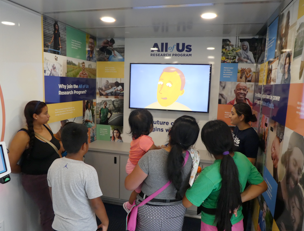 All you have to do is go to the NIH’s website to hear them seamlessly brag about gathering data on millions of citizens.

The All of Us Research Program is a historic effort to gather data from one million or more people living in the United States to accelerate research and improve health. By taking into account individual differences in lifestyle, environment, and biology, researchers will uncover paths toward delivering precision medicine.

This sinister endeavor sounds harmless and like a good idea for improving your child’s life, at first. Most of the severely diabolical programs rolled out by the government and their conglomerates attempt to trick you into thinking this is “progress” and that if you love your child you will go along with the scheme in the name of “public health”. But this operation to extract your child’s DNA into a government-affiliated database, called Precision Medicine, has a lot of scary implications in regards to freedom.

Once researchers have your blood they can use it for any purpose.  It can be used for good or for evil, it can be weaponized, it can be altered, clones can be derived from it, and other uses so foreign to our minds that we cannot even comprehend or envision the nefarious applications.  Your blood might be used for healing or it might not.  There is no accountability.  Once you let your blood out you opened Pandora’s Box and there is no way to reclaim your own unique blood. 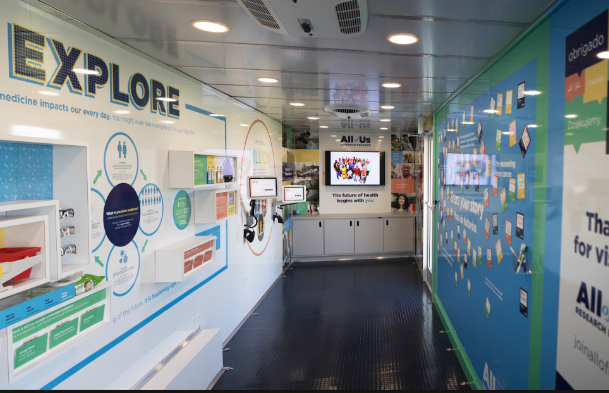 And other watchdog groups warn this is just the first of many measures that will infringe upon our children’s future!

Local libraries are being used to reach people across the digital divide, people with no digital access. Once the AllofUs program has seized your blood they demand continual surveillance using a myriad of technologies such as wearables, you phone, your computer, and even sensors sewn into your clothing.  Without a technology node many people would not be able to participate in the program.