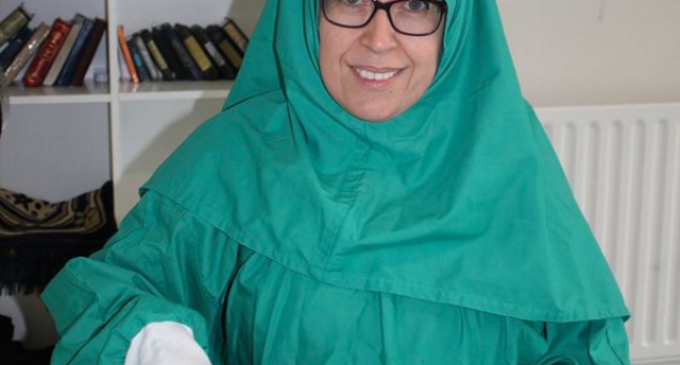 It seems like anytime a story about political correctness going to extremes surfaces in the media, it's attached to the word “Muslim”. The complaints about Islamaphobia are endless. Maybe they're not all violent, but according to many, their religion is based on one of violence. And without them giving regular folk a reason not to be afraid, it's difficult not to wonder why people go to such great lengths to cater to them.

A British National Health Service (NHS) hospital trust has developed official hijabs they're calling “multi-faith dignity gowns” to protect the modesty of Muslim patients. In severe cases, it can actually be considered a death gown. It has longer sleeves, two hair coverings, a facemask and a belt around the waist. What this means is that if doctors have to perform an emergency procedure, they'll have to the find the patient first. It's like performing surgery on a pile of laundry.

Read what a member of the focus group had to say about it.