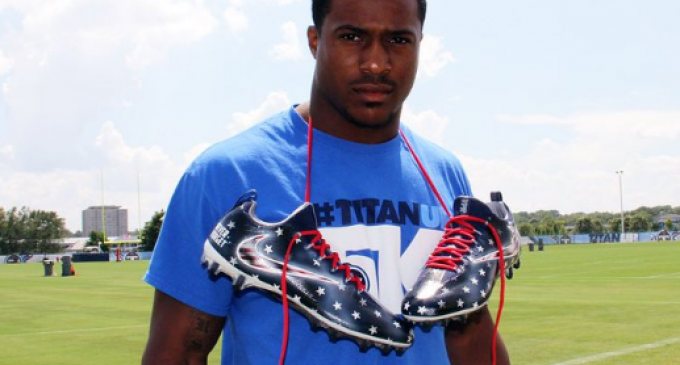 Like it or not, 49er backup QB Colin Kaepernick has started a revolution within the NFL. Despite immediate and intense backlash on social media, Kaepernick has inspired many other players in the league to follow his lead and kneel during the national anthem.

It's unclear what they think they're accomplishing. They say they're fighting for “racial justice,” but can't explain how their actions are doing anything to help the cause.

Like Black Lives Matter, all they're doing is causing outrage and dividing America. The Star Spangled Banner doesn't represent “white America” or “black America, it represents all of America. Claiming that the flag is a sign of “white oppression” denigrates an icon created to celebrate American unity, and only serves to further separate what has already become a divided nation.

It's not like these players are politically powerless. If they actually wanted to make a political impact, they could. Even the lowest earner in the NFL makes upward of $400 thousand a year. Kaepernick makes $19 million a year — more than enough to contribute to politicians or organizations friendly to his cause.

Of course, these players aren't concerned with forcing actual change. They're just trying to cause controversy — and they have — even among their fellow players.

One NFL star in particular is standing up against his unpatriotic league-mates. Amazingly, he is the one being threatened with fines. Thanks to some patriotic union leaders, however, hay may not have to pay them.

Read the report on the next page: