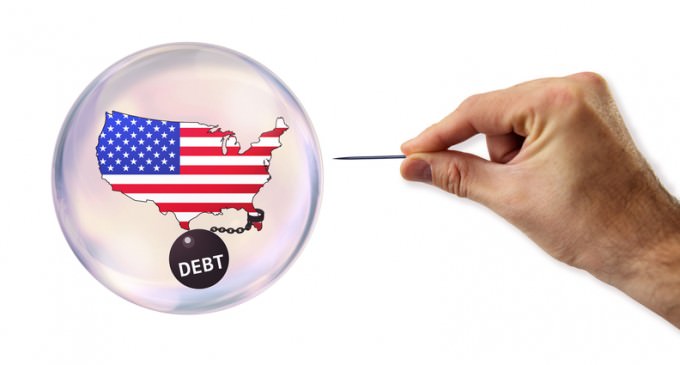 Financial markets are headed for a fall. As everyone recalls, in 2008 the housing bubble in the United States, caused by massive lending to unqualified buyers who ultimately defaulted on their loans, threw the U.S. and ultimately the world into a deep recession, one which the country is still recovering from.

The cause was the seemingly noble desire to allow anyone who wanted to become a homeowner, regardless of their ability to meet the financial obligations that would one day come. But the regulations and the political fiddling with the system to accomplish that goal led to a disaster, with countless numbers of people ultimately losing their homes, and those who did not seeing a huge depreciation in the value of their property.

The social manipulation may have had a noble purpose, but was not based on sound financial principals, and the result was economic chaos throughout the world.

There is some truth to the talk about the “haves” and the “have-nots” as the world bankers and manipulators of finance rig they system to enrich themselves without taking a longer view of the impact that will come later. That is particularly true with central banks who have been printing money with total abandon and building mountains of debt that will never be repaid. It is the reason that governments should be limited in their ability to print money out of thin air, and suggests a tangible foundation such as the gold standard should be in place to ensure that governments don't simply resolve their debts by inflating their currency in order to cheapen the cost of the crushing debt they have built.

There is another problem in the financial markets that is distorting the markets and causing companies and traders to make decisions not on sound financial principals but instead focusing on social activism.  The result will be damaging to ordinary people who are simply trying to get by.

See page 2 for more on social activism and how it affects the markets, page 2