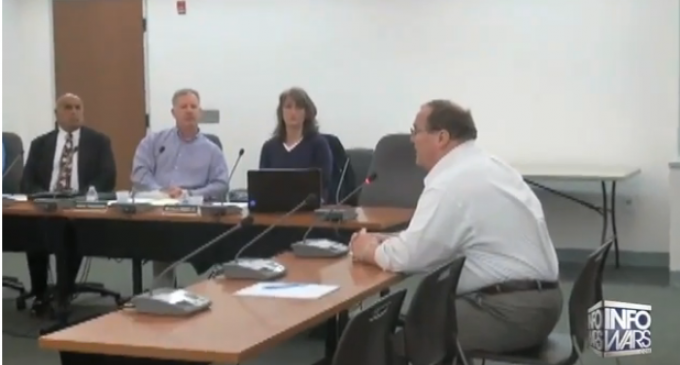 “When the Connecticut state police sends police officers to my house and they threaten me and they tell me I can no longer ask questions about the Sandy Hook school shooting, I kept thinking ‘isn't there freedom of speech here somewhere in America',” states Wolfgang Halbig after speaking with the school board recently.

Halbig is a US Customs agent, former state trooper, and school safety expert of 25 years, who has been investigating the Sandy Hook school shooting for over a year now. You need to listen to this man.

He states, “Sandy Hook was a scripted event, at least two years in planning’. He doesn't believe that any kids actually died in the event. But this man is no ordinary ‘conspiracy theorist', he's about as well-established as someone can be, who got involved heavily after being threatened.

There is absolutely a cover-up surrounding the Sandy Hook shooting. There's just too many unanswered questions, bizarre and out-of-the-ordinary procedures taken, threats made to Halbig and attempts to block his efforts and an scared school board.

First, one smoking gun is the fact that the United Way started funds relief for shooting victims before the shooting even happened! 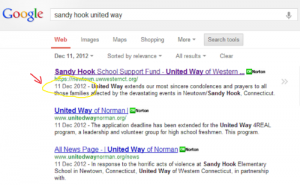 When Halbig went to inspect the United Way books he was blocked by cops (see video below).

Here are some bizarre oddities Halbig points out:

* Law enforcement parked 1/4 mile away upon arriving at the scene. Why didn’t they rush to a heart-wrenching emergency?
* No trauma helicopters were ordered. Unheard of for an actual emergency.
* No paramedics were allowed in the school. Also unheard of…
* Parents weren't allowed to see their deceased kids.

From Halbig's blog, here are 16 questions that need to be answered:

2. Why and for what reason would the FBI classify the SHES shooting when they did not classify the Columbine shooting which also was an Active Shooter Mass Casualty Incidents (AS/MCI)?

3. Who on was the Incident Commander as required by the Federal Emergency Management Agency in directing the AS/MCI at SHES?

• Who at the Incident Command Center made the ordering of Port-A-Potties a high priority since they were delivered within three hours of the school shooting?

• Who ordered those Port-A-Potties from Southbury, Connecticut?

• When I called the Port-A-Pottie company, after searching for over a week as to who they were and when they were ordered, I was told this information was classified and they are not allowed to share that information with me.

• The next morning I received a phone call from the Southbury Police Department at my home telling me not to call that company again, since I was harassing them.

• High priority for toilets but not for Life Star Trauma helicopters or paramedics.

4. Who and why did they not request Life Star helicopters, knowing that children and school staff were seriously injured and clinging to life?

5. Who and why did they not allow the paramedics and the EMTs inside SHES?

6. Who declared all 18 children and six school staff members legally dead within the first eight minutes?

8. Why does an off-duty lieutenant from the Newtown Police Department (NPD) refuse to leave his off-duty work assignment at a construction site when hearing that shots have been fired at SHES?

9. Who at NPS notified all of the parents in writing, as required by Conn. law, who had children attending SHES, as well as every school staff member, for every school year, of all the potential life threatening chemical hazards? The school had high levels of lead paint throughout the entire school, asbestos in the ceiling and floor tiles, asbestos in the insulation, and most of the school had very high levels of PCBs.

10. Who provided the urgent medical care to the two children who were not transported to the Danbury Trauma Center until an hour after the school was deemed safe for that 15-mile drive?

11. Who treated those two children who had been shot multiple times, like three to 11 times, since they did not allow the paramedics and EMTs inside SHES?

12. Why did the parents of the two children who died at the Danbury hospital not allow their children to donate their organs to other children waiting for the gift of life?

14. Who was the police officer calling into the NPD dispatcher stating, in his words, that he had multiple weapons, a rifle and a shotgun, and who has the rifle and the shotgun, as the chain of evidence should show, that was found in classroom eight (8)?

15. Why would a police officer by the name of Lt. Vangehle, at 9:45:21 a.m. on 12/14/2012, from the NPD, after finding a female kindergartener in the hallway, make her go into room eight (8) and leave her there? Room eight was supposedly the gruesome crime scene with dead children and school staff.

16. Why would two Conn. State Troopers enter room ten (10) at 9:55:31 a.m. on 12/14/2012, which was supposedly the gruesome crime scene with dead children and school staff, and tell a male kindergartener who they found in the bathroom, who’s name is redacted, and tell them (so it must be more than one), to stay and they will both be back when it is safe?