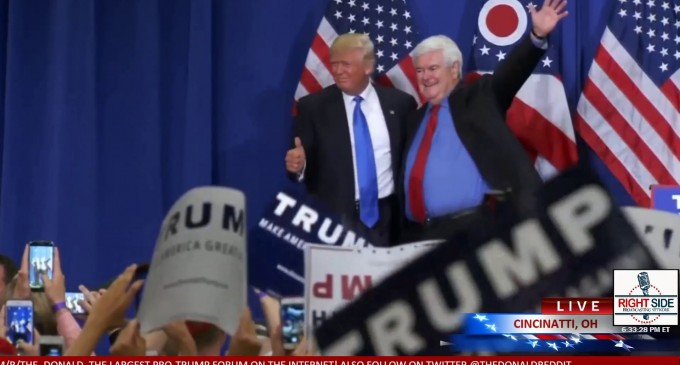 New Gingrich has never exactly been a perfect staple of Republican beliefs, his own career is filled with things that he should or shouldn't said, did or didn't do . . . that basically sums up the life of a politician. However, during a private speech recorded back in February, Gingrich made some comments about Donald Trump's campaigning methods that he seems to both admire and despise. The question that everybody should be asking, is whether or not he's right.

According to Gingrich, Trump will “lose in a landslide” if he doesn't start acting more like Ronald Reagan and Barry Goldwater. Apparently it's the way that Trump talks to his supporters that Gingrich has a problem with. He believes that Trump needs to stop talking to voters like they're “4th graders” and more like people.

Nobody wants to be talked to like a child, but if you look at the results of Trump's campaigning, you can't deny that it's working. And if he really disapproves, then why was he so eager to become Trump's vice president pick?