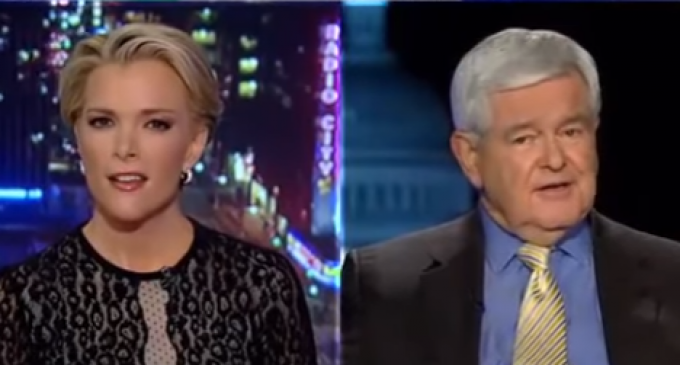 Usually, when things on Fox News are being covered by other media outlets it's full of venom towards Conservatives and alleged “conspiracy theorists” over their views on Donald Trump and hatred of Hillary Clinton. This time, however, Fox News was all over the Internet for a different reason – still having to do with Donald Trump. As we get closer to election day, the Clinton campaign is continuing to do a good job of making Donald Trump look like a sexist predator, even though there are more women claiming it's not true than those who are accusing.

In a heated debate between Megyn Kelly and Newt Gingrich during “The Kelly File,” the two went at it much like Hillary Clinton and Donald Trump during the debates. While talking about ballots and who's ahead in the polls, the topic of the accusations against Trump came up, and Newt wasn't having any of it. Meanwhile, Kelly's disdain for people who disrespect women became more than apparent. Though she hasn't taken a position on the Donald Trump situation, both her and Gingrich started bickering like two small children.