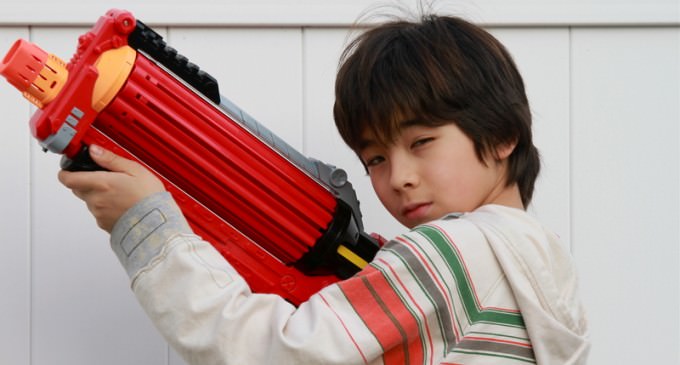 Ever played cops and robbers as a kid? If so, you might have used a toy gun. If your kids wanted to do the same thing in New York today, they'd be considered criminals.

The state of New York is now cracking down on the sale of toy guns that don't abide by their draconian regulations. In an attempt to cut down on the number of shootings caused by the confusion of fake guns, the New York nanny state is now trying to ban fun. What else would you expect from the nanny state capital of the world?

FIND OUT MORE ABOUT NEW YORK'S WAR ON TOYS ON THE NEXT PAGE: