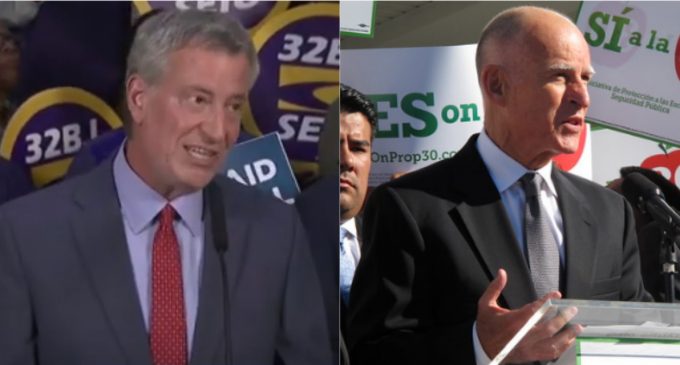 New York City and the State of California are releasing alleged murderers and other violent criminals from prison by the thousands, citing different reasons for doing so.

Violent teenage criminals in New York City have gained the sympathy of Mayor Bill de Blasio because many are ‘disadvantaged' by being too poor to afford bail.

De Blasio plans to triple the number of teens and some adults who qualify to be freed from jail without restriction, even for very serious offenses such as armed robbery, assault and burglary, while awaiting trial.

“First of all, we’ve had so many people languish in jail because they couldn’t afford bail and that was unfair,” de Blasio said. “We’ve had mass incarceration that was harmful to the whole society.”

The mayor said he wants to create a more just society that will ensure teens, “are being redeemed, not just locked up.”

Patrick Lynch, President of Patrolmen’s Benevolent Association, claimed it was, “pandering for votes during his quest for the presidency.”

Do criminals get out and vote? Would the amount that would do so out of gratitude to de Blasio not be more than offset by the number of law-abiding citizens and law enforcement officers who are horrified by the move?

Turn the page to see why California is setting alleged criminals loose on their streets.