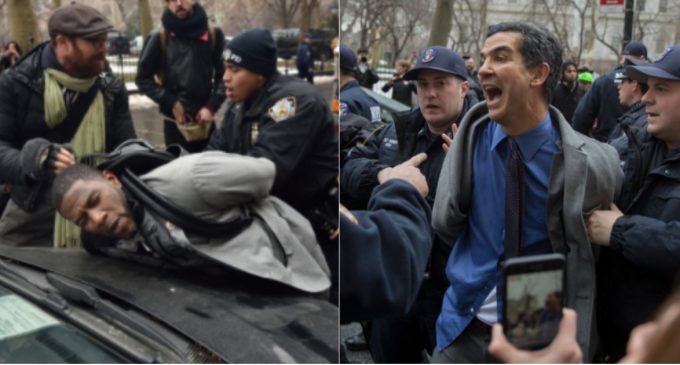 The mission of the Democratic Party could not be more clear. Despite having no valid policies to offer their constituents, they do have one solid aspect of their messaging on point, following the laws are only for racist backward ‘deplorables’.

The amount of integrity shown these days by just not belonging to the party of the Jackass is staggering. Democrats don’t care about human lives, they want to destroy the West as we know it today. All this DACA and immigration talk has nothing to do with actually improving the lives of American citizens. None of this is more clearly illustrated than what went down in New York City when several prominent Democratic councilmen decided to take to the streets with Antifa to protest the detention of an immigrant-rights activist who’s battling deportation – and block an ambulance in the process.

Yes, you read that last sentence right. Head on over to the next page to learn what all went down when the CITY COUNCILMEN decided to get in on the Democratic hooligan violence: