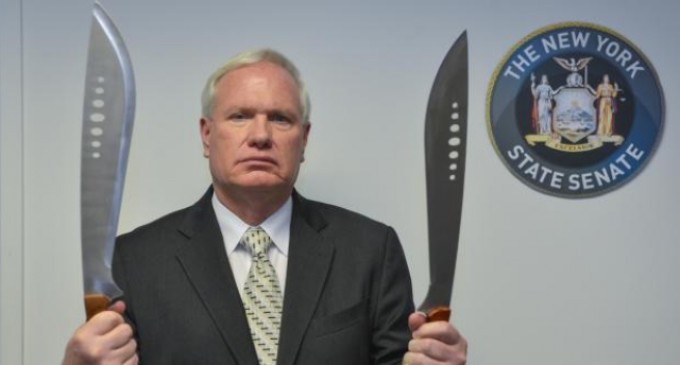 The gun grabbers aren't happy with banning guns anymore: they're starting to come for other items they think are too dangerous for Americans to handle.

While conservatives often joke that liberals will start calling for knife control if they ever manage to prohibit gun ownership, it appears progressives didn't get it. In fact, it seems New York legislators have decided to take this joke too far.

Voting 54 to 4, the state Senate passed a measure to make possession of a machete a criminal offense warranting up to a year in prison. The bill, officially titled S. 3199A, is now on it's way to the Assembly, where it stands a good chance of passing.

Machetes are just the latest thing to be targeted by New York nanny staters. Switchblades, gravity and ballistic knives, daggers, metal and plastic knuckles and blackjacks are all classified as deadly weapons and thus heavily restricted in the state, to say nothing of the myriad regulations placed on firearms.