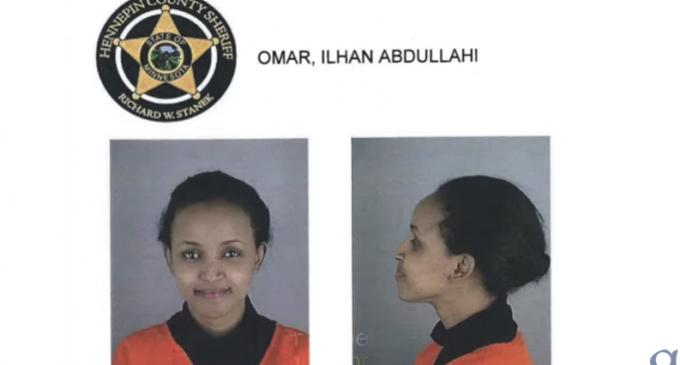 Are Rep. Ilhan Omar's days numbered? A new video series being produced by AlphaNews out of Minnesota uncovers alleged crimes committed by the congresswoman.

The shocking first episode of the video series, titled “The Secrets of Ilhan Omar” explores the myriad of evidence piling up that indicates Omar committed bigamy, marriage and tax fraud. The video even details how her family back in Somalia are being threatened should they come forward with information they have on Omar.

Of course, it certainly doesn't play out well for immigrants convicted of committing fraud against the United States government.

Penalties Faced by the Immigrant

An immigrant who is found to have committed marriage fraud would likely be removed from the United States (deported) and his or her current visa (if any) would be revoked. In addition, the fraud would destroy the person's future eligibility for a U.S visa or green card.

And then we get to the possible criminal penalties. Here's what the law says:

Any individual who knowingly enters into a marriage for the purpose of evading any provision of the immigration laws shall be imprisoned for not more than five years, or fined not more than $250,000, or both.

A conviction and deportation of Omar would certainly have severe repercussions for the Democratic party as she becomes the poster child for everything wrong with our immigration system. Every open borders Democrat would have an extremely very difficult time justifying their position as only the most extreme of leftists would be able to stomach the fact that this woman ‘married her own brother' in order to cheat the system.