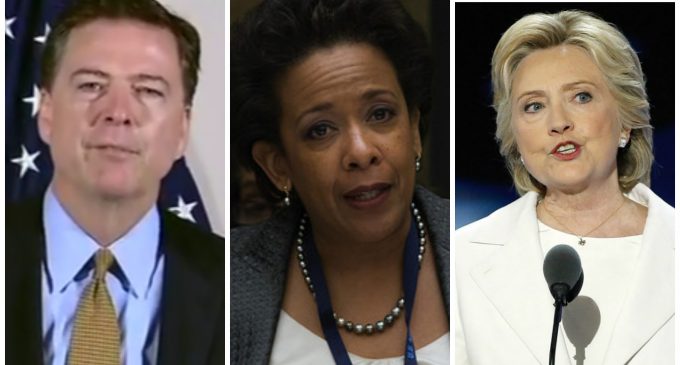 A weekend New York Times report has raised the possibility that the decision by FBI Director James Comey to announce the reopening of the investigation into Democrat presidential nominee Hillary Clinton just prior to the election was tied to a hacked document that appeared to show Attorney General Loretta Lynch may have been covering up for Hillary by downplaying the investigation.

At the time Comey announced the probe’s re-opening on October 28, many assumed Clinton was on the path to victory in November. His decision sparked outrage and still is cited by Clinton as one of the reasons for her defeat.

This decision countered Comey’s earlier July 5 decision to not prosecute Clinton regarding her use of unsecured email servers.

Learn the real reason behind the investigation’s October re-opening and the new layer of corruption it may reveal on the next page.