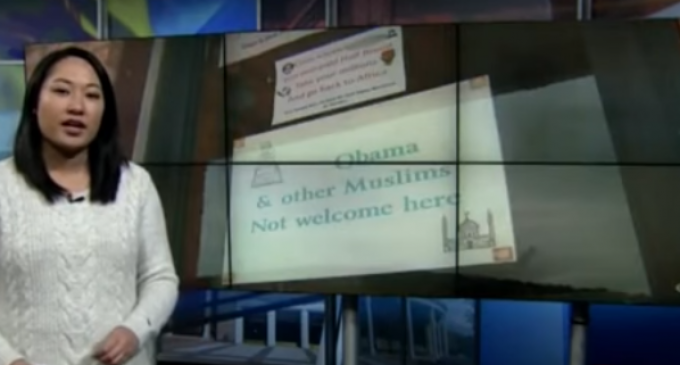 The First Amendment means different things to different people, especially in modern America, where political ideas are like barf in a blender. The left believes that everybody is free to say what they want as long as it doesn't disagree with them or offend anybody. What that means is that they want everybody else to stop talking altogether, which could have very well happened if Hillary Clinton were to have been elected instead of Donald Trump.

However, the American people have spoken, and while keyboard warriors and social activists will tell you Trump only got elected because of Russian hacking, a rigged electoral system and flawed voting booths, the balance is about to be restored. That's a good thing. The voiceless will now have voices, if they could be heard over liberal whining. And yes, there are people who voted for Trump who probably aren't the best examples for humanity. For example, a convenience store owner in New Mexico is under fire for hanging signs in his window saying “Kill Obama” and “Obama and Muslims aren't welcome here.”

That's not nearly as bad as the website created on the darknet, where you can donate money toward assassinating Donald Trump, but remember that one man doesn't speak for an entire group of people, as they try to convince the right when it comes to Islam.

Read more about the store on the next page.