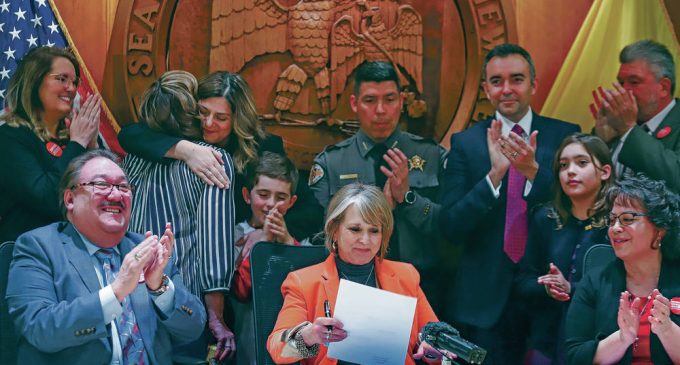 The bill requires background checks for virtually all firearm sales in New Mexico and has been a priority for gun control advocates, who claim the measure merely closes a loophole in state law that has enabled people to obtain firearms who are otherwise barred.