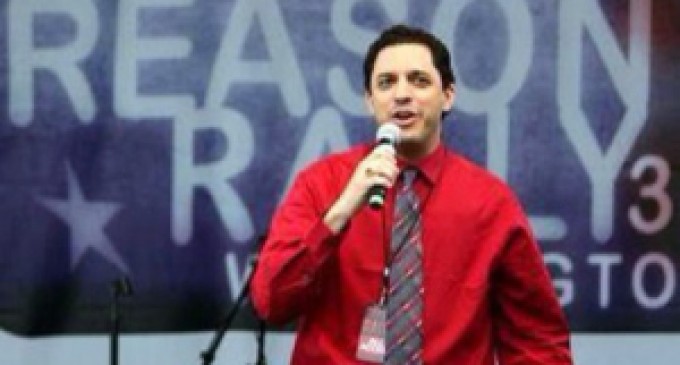 When David Silverman requested a vanity license plate with the word, “ATHE1ST” the clerk at the Motor Vehicle Commission told him he couldn't have that word because it is ‘offensive'. Silverman, the president of a national atheist group presented the office with various examples of similar vanity plates from nearby states to demonstrate the precedent, although he called the clerk's judgement “outrageously discriminatory.”

Motor Vehicle Commission Spokeswoman Elyse Coffey indicated Thursday that the department was wrong and the clerk had exceeded her authority.

Silverman’s plate will read “ATHE1ST” because the MVC said “atheist” spelled with an “i” was taken. It’s on an old license plate hanging in Silverman’s office.

The lessons here may be: your rights are what you are willing to defend and insist upon and government bureaucracy accustomed to routine, unilateral decisions needs some kind of check on their power.