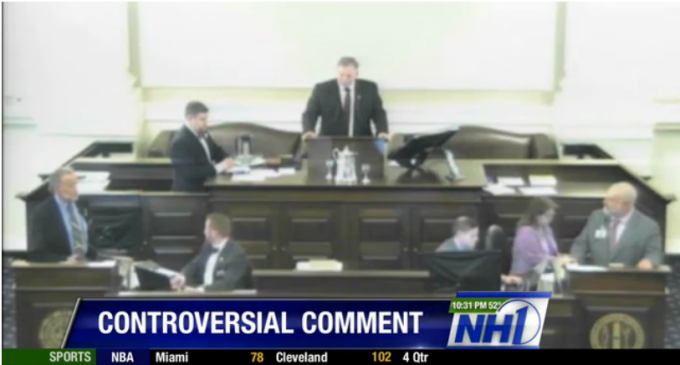 New Hampshire state Rep. Michael Cahill (D) once asked of his fellow lawmakers that if the budget isn’t going include people with disabilities, then why not euthanize them.

“Since we are refusing to raise revenues to fund needed programs, to fund services to disabled, for example, have you looked at euthanasia?” asked Cahill during a debate on the budget on Wednesday.

He was quickly called out by House Speaker Shawn Jasper, who stated that his comments were “inappropriate.”

Cahill later apologized for using a ‘poor choice of words.'