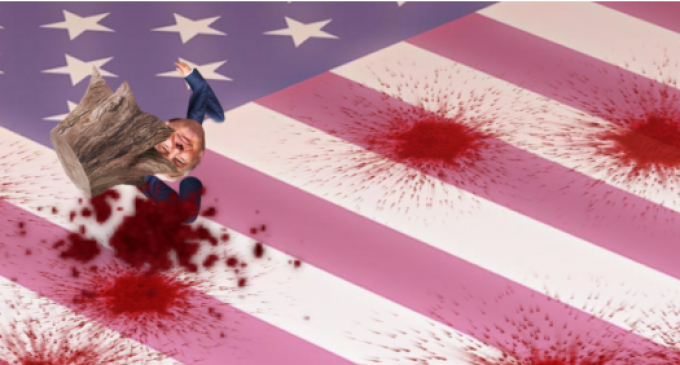 Thanks to advancements in technology, keyboard warriors and activists are now able to deliver their unintelligent political jabs on all sorts of platforms that weren't available before. For example, a new browser-based game, “Stump the Trump” allows players to kill Donald Trump by dropping a very large tree stump on him.

The more Trumps you kill, the higher your score goes. There are times when the side-scroller is filled with an army of Trumps, and if you're skilled enough, you can kill multiple Trumps with one stump. The Republican frontrunner's death is pictured gruesomely in cartoonish fashion. Once smashed, blood sprays everywhere and his limbs go flying.

If you'll recall the progressive-feminist outrage over video games in the past year, you probably remember the “Beat Up Anita Sarkeesian” game, which allowed players to punch a picture of the feminist provocateur Anita Sarkeesian until she was blue in the face.

Liberals and feminists (often the same thing) were outraged over this for weeks. Yet, here is something equally or more disturbing, and there isn't a peep being made from the left. Are you seeing the double standard?

Read more about “Stump the Trump” on the next page.