The Constitutional Council of France just approved the proposal for a 75% income tax for those making over 1,000,000 euros in France. The proposal has left the nation divided as debate was stirred over the new tax. Despite numerous consequences French president Francois Hollande plans to go ahead with the new tax.

Some of the consequences include one of France's most well-known actors moving to Belgium, the French national soccer team going on strike, France's richest man leaving the country, among the loss of many more contributing individuals as well as the money those individuals would have produced for the economy.  Many see this as an assault on those who actually drive France's economy and expect it to have dramatic negative consequences.

After months of wrangling, the Constitutional Council said the controversial proposal by the Socialist president was within the law.

It has already led to entrepreneurs and celebrities leaving France, but Mr Hollande is determined to see the policy implemented.

Now companies will have to pay 75 percent tax on all annual salaries exceeding one million euros, the equivalent of £830,000.

But in a ruling published on Sunday, the council said a reformulated tax ‘conforms with (France’s) constitution’. The Council originally rejected the measure in March, saying that it was against the law to levy taxes on individuals, rather than on households.

Social charges will bring the effective rate up to 75 per cent. The tax will apply for incomes paid this year, 2013, and in 2014.

Mr Hollande has admitted that he ‘dislikes the rich’, but insisted his new tax did not aim ‘to punish’ them.

But it comes as the French economy veers from crisis to crisis – all of them blamed on Mr Hollande’s mismanagement. He said he hoped it will encourage companies to lower executive pay during tough economic times. 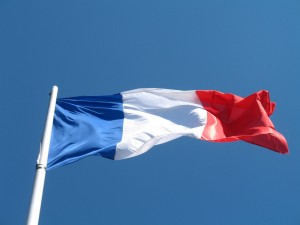