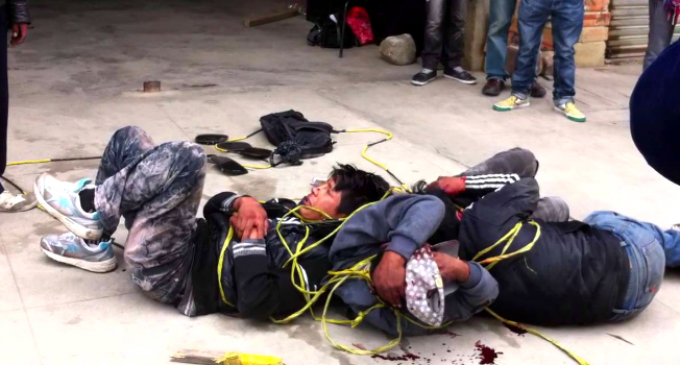 It's easy to forget how lucky we are to live in America, but a cursory look at what is going on in other countries should remind us of our good fortune.

While the United States has had the advantage of valuing the free market and capitalism from early on its history, other countries have not been nearly so blessed with traditions of liberty and prosperity. Indeed, many have been subjected to communist and socialist rule, with millions living under collectivist tyranny this past century alone.

Although Russia is the first example that springs to mind of countries that suffered under authoritarian rule, Latin America has been home to several equally-odious left-wing regimes. As a matter of fact, it continues to be home to such regimes to this day, with Venezuela emerging as the most salient instance of a failed, socialist nation in the region.

Watch videos about Venezuela's descent into chaos on the next page: