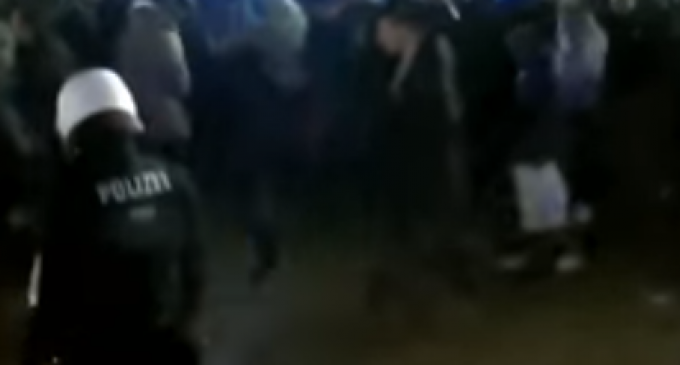 New footage of the Muslim assaults on women at the Cologne train station assaults have surfaced, 133-days after the terrifying night.  The video appears to be leaked from a German police station and shows the uncontrolled crowds and women being violated.

As a recap, Truth and Action described, “On New Year’s Eve,  Cologne became a war zone and the safety, as well as propriety and respect for women, who were celebrating, became none existent as reports of abuse and rape, at the hands of migrants, have been reported in the dozens.

Men also were met with assault and robbery, but what one victim described as “exclusively young foreign men”.

This is the New Year for Germany, the new face of what open borders mean to the citizens of this nation. Thus far, in this one night, the police have identified 80 victims on a night that joy and new beginnings are celebrated.  For these victims, their new beginning, their New Year will be spent identifying their attackers and getting medical and emotional support for the crimes committed against them.

The new footage, on the next page, reveals the war zone conditions and the dangers German women faced.