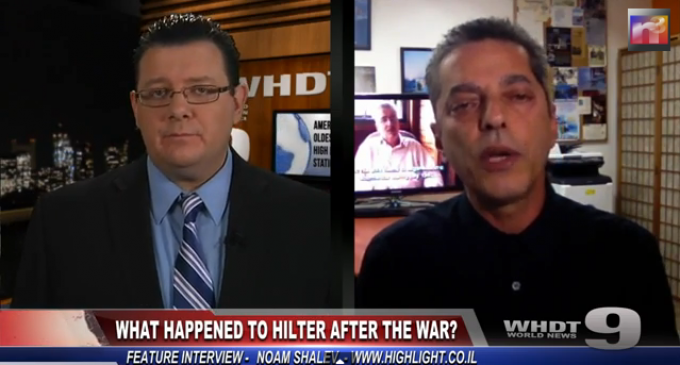 We’ve probably all heard allegations that Hitler didn’t die in a bunker as the official narrative states, but escaped to South America.

Recently, The History Channel’s program “Mystery Quest” dispatched a crew to Russia to open the archives for the first independent investigation in history into this ‘tall tale’. And, their findings were shocking – the skull that was believed to be Hitler’s was in-fact that of a young woman. The revelation has added fuel to the fire that Hitler actually escaped.

Now, in a new film titled “Revealed: Hitler in Argentina” filmmaker Noam Shalev examines official FBI documents and recorded personal testimony of people who say they served Hitler after he arrived in Argentina on a German U-boat.

The film will be released later this year. It is interesting to say the least.